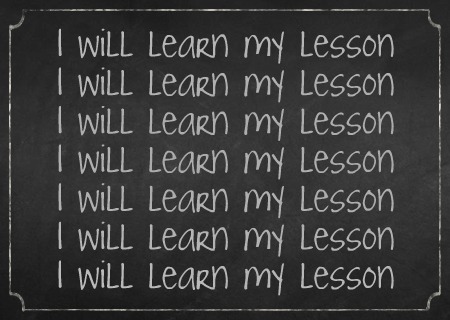 Years ago I was watching a show detailing how an 11 year old son saved his mother’s life. He was in the front seat of the car, and his mother was driving. Mom, who was diabetic, didn’t monitor her blood sugar levels before driving. While on the highway, mom, who also wasn’t wearing a seatbelt, passed out. The son unbuckled himself, pulled the car over onto the shoulder, got the car to stop and put it into park. He then was able to get help for his mother.

As mother and son were recapping the event, mom said “People should learn from my situation that they should always wear their seatbelt. I was lucky, you may not be.”

This angered me. Granted, one must wear a seatbelt, but by focusing on the wrong lesson, one misses the actual lesson.

The lesson here was that diabetics need to be monitoring their situation.

The lesson here is that not monitoring the situation can cause harm not only to oneself, but to one’s family and others as well.

She was in danger.

Those in the car with her were in danger.

Those on the highway with her were in danger.

By focusing on a secondary problem, the seatbelts, she is indicating that the need for monitoring is a non-issue.

I bring this up because many are discussing the lessons that one should learn from this entire Chaim Walder saga.

Some of their lessons are secondary in nature. Meaning that by focusing on them one is missing the main point.

Some of these lessons are worse than that. They’re ideas and rules that are being misapplied. Running the risk that future victims will misapply these “lessons” when computing their own situation.

I’d like to focus on a few of these lessons in greater depth, and why they don’t belong within the Chaim Walder discussion.

*Please note, the omission of a lesson from this list does not mean that I endorse it as a lesson that one should learn from the case. *

Lashon Hara/Public Shaming: Lashon Hara is a serious offense. It is something that people of all backgrounds and all ages need to improve. But to discuss Lashon Hara in the context of this case is implicitly telling victims of abuse (and people who are aware of ongoing abuse) that they cannot speak up due to Lashon Hara. Therefore, the Walder case should NOT become a catalyst to improve our Lashon Hara. Feel free to do it on your own, but do not teach that one should do so because of the Walder case.

Suicide Contagion: This is a fancy way of saying that suicide is contageous, which it is. But to turn this into a discussion about suicide contagion is saying that Shifra Yocheved Horovitz, may her memory be blessed, ended her life for that reason. She ended her life because we failed her as a society, because the pain was too much for her. Not because Walder’s, or anyone else’s suicide encouraged her to do the same.

Therapists must be licensed: Absolutely true. You shouldn’t go on a bus if the driver isn’t licensed. You shouldn’t board a plane if the plane hasn’t passed inspection. Likewise you shouldn’t be seen by a therapist, or any other medical professional who isn’t licensed. Sadly, licensed professionals also abuse. By pointing the finger at the notion that Walder was unlicensed, is implicitly telling people that nothing bad can happen if they’re working with someone who is licensed, which is a falsehood. The abuse didn’t happen because they went to an unlicensed therapist. It happened because the person who they were receiving therapy from was a sexual predator.

I’m not going to debate Yichud.

But Yichud plays no role here. We aren’t discussing a situation where “urges took hold”. This is a case of a serial predator who was found to have 22 credible independent complaints against him. There is also the tape of him grooming his victim even after the abuse (“If you tell people, I’ll kill myself”).

Yichud was put in place to stop natural urges, this case went well beyond that.

Yichud is extremely important, but it wasn’t the reason why this serial abuser acted the way that he did.

Additionally, abuse is also done within the same gender, and that is not protected in any way by yichud.

CCTV/Video Cameras: Some people have told me that the lesson here is the need for there to be video cameras. This is an outright fallacy. Video cameras are a deterrent, they do not prevent. A sexual predator who has groomed their victim into silence, isn’t worried about video cameras. Also, who is looking at the cameras? Who has access to the videos? How long are they kept for? There are a plethora of cases where the video got “lost or erased”, due to length of time, incompetence or malice.

The evils of social media/smartphones: This makes as much sense as using the Walder story as proof that one should wash their hands with soap and water after using the toilet. There is zero connection.

Tznius: The go to issue when any calamity befalls Am Yisroel. A serial abuser doesn’t abuse people because their victim has a lack of tznius. One should never EVER use a case of abuse, neither this specific case or any other case, to highlight the need for tznius. That’s classic blaming the victim.

There are many people who are victims of abuse who have never disclosed their abuse. Merely making a connection (of any type) between tznius and abuse is both blaming and guilting them for the unjust tragedy that they’ve suffered.

The Lessons that Accurately Connect with the Story:

“Those who do not learn history are doomed to repeat it.”

May we successfully learn from this fiasco, ensuring that it shall never repeat itself.