“Fear is pain arising from the anticipation of evil.” 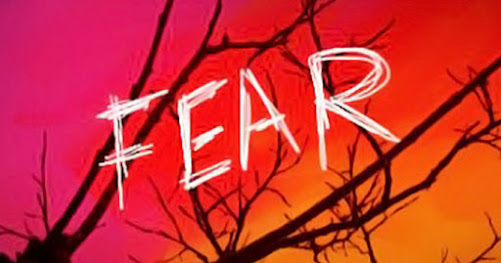 This is an article that I am writing to an audience of one.

I am my own audience.

I’m saying this because I need to hear it.

The Gemara in Gittin says that a person shouldn’t impose אימה יתירה (added fear) in their home.

Note, the issue is not fear, it is “added fear” (fear in this context meaning consequences).

While the Gemara is speaking about situations between husband and wife, it also applies to the parent/child relationship.

Each parent has their own set of rules that their child needs to follow. There should be consequences for broken rules (this is the fear that is considered acceptable). However, a child should never be in a situation where they fear the consequences so much that they will do something illegal and/or dangerous in an attempt to avoid breaking the rule (or to cover up the fact that they broke the rule).

George is 17 and asks to borrow mom’s car. Mom tells him he can, but he must return the car by 9pm because she absolutely needs it by then. George goes out and gets drunk enough that he is legally impaired from driving. George sees that it is getting close to 9pm, he has two choices, he can either drive drunk and over the speed limit to get home on time, or he can call mom and figure out an alternative arrangement.

If there is added fear of the punishment that mom will give, George might decide to risk the speeding and driving while intoxicated in an effort to avoid mom’s wrath at his being home late.

This is the type of added fear that the Gemara is talking about.

This also applies to cases of child sexual abuse as well.

Often the child will decide not to disclose the abuse to the parent out of concern that they will be punished for it.

Once your child starts driving, tell them that if alcohol is consumed that they cannot drive, PERIOD.

Explain to them that if they admit it prior, they won’t lose any driving privileges for saying the truth.

That their lives and the lives of others are more important.

When you speak with your child about child safety, tell them that they can always come and tell you.

Tell them that the safety rules are there to protect them, but if they get harmed, they will not get punished, even if the abuse was because they ignored a safety rule.

We often try to see things as black and white. But this is a shade of gray.

Raising a child without consequences for wrongdoings is incorrect.

Raising a child with too many (or too strict) consequences is also wrong.

It is a balance that will need to be judged differently for each case.

But the important point is that the child should know that they WILL be judged and they will be judged favorably when they ultimately make the right choice, even when it comes due to because they previously make a singular (or series of) wrong choices.