Confirmation Bias: Filling in the Gaps

“People put a lot less effort into picking apart evidence that confirms what they already believe.” 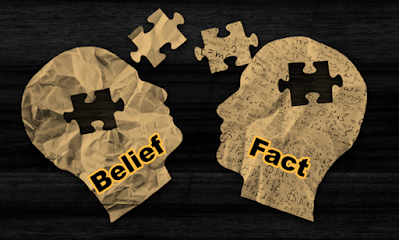 Given the current attention given to the murders, protests, police brutality and riots across the United States of America, I find it difficult to write about anything not related to this news that is dominating the headlines.

On the other hand, topics like these tend to be divisive. People immediately switch to “attack mode” before they even get a chance to read what it is that they are complaining about.

By attempting to do something I’ve never done before. I’m going to discuss a point that is very relevant to the cause being protested, but I’m not going to mention any examples related to the current climate.

I’m going to leave that to you, the reader, to draw your own inference.

Now that I’ve gotten that out of my system, let’s get to the “meat and potatoes” of the article. Let’s discuss something called “Confirmation Bias”.

Oftentimes we only see a fraction of the story. We see a single event and we are asked to build a story around the event.

For example: If an eyewitness were to see a 17 year old driving a Ferrari, they would then try to decipher how it is that a 17 year old is able to afford a Ferrari.

If the eyewitness comes from an area that is affluent and kids get fancy things from their parents, they would conclude that this 17 year old is another such example.

In the 1990 ALCS, star pitcher Roger Clemens was ejected from the game by the umpire, who did not like the way that Clemens was speaking to him.

The broadcaster, a former player himself, called out the umpire for being unfair. That Clemens, whilst emotional, did not do anything to warrant being ejected. Later in the broadcast, a former umpire said that the umpire was right, and Clemens no doubt must have said something so egregious that it warranted ejection.

Both parties knew there was arguing on the part of Clemens.

Neither party knew exactly what was said by Clemens.

Yet each, with their confirmation bias, filled in the gap in the story based upon their own background, and therefore arrived at their own conclusion.

A conclusion made not based upon fact, but based upon the assumptions of events that surrounded the facts.

A conclusion that neither had a license to make, given the lack of information.

Video of the entire event can be seen here: https://www.youtube.com/watch?v=wtQoEA6GpPA

All too often people confuse their speculation and assumptions with facts. Most of the news stories that we hear are pieces of facts, glued together with speculation.

Speculation that is borne out of bias.

Bias that is created based upon our own experiences, or the experiences of the one relaying the story to us.

If nothing else, we need to use this time for us to work on separating fact from assumption. We should also try to discover how and why we are having these assumptions.

Are these assumptions justified or are they not justified?

Even if they are justified, does that make them correct, or are you just playing the odds (e.g. the odds make my conclusion more likely than an alternative theory)?

And if they aren’t justified, what can we do to prevent unjustified assumptions from happening in the future?

In the case of Roger Clements vs. the umpire. I’m proud to admit I cannot say whether the umpire was justified in his actions or whether he overstepped his authority.

It isn’t very fashionable to say nowadays, but it is perfectly ok to recognize the possibility of two very different scenarios.

It is also commendable to say that you don’t have an opinion because you are missing necessary pieces of information.

And if you still find yourself jumping to conclusions despite the lack of evidence, ask yourself the following:

Am I being fair to all parties by arriving at my conclusion?

What is causing me to reach this conclusion?

Am I ok with the fact that I am arriving at conclusions despite the lack of factual data?

If I am not ok with arriving at these conclusions, what will I do to prevent this from happening to the future?

Posted by Yisroel Meir Picker at 8:54 PM No comments: