“Being ignorant is not so much a shame as being unwilling to learn.”
-Benjamin Franklin 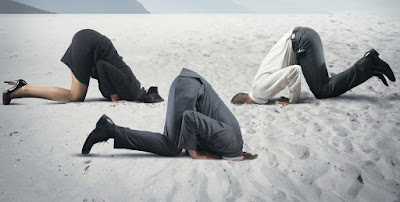 Every now and then reality strikes.

Every now and then someone, unknowingly, reminds me how far we still need to go to protect children.

Every now and then someone who should really know better, shows that not only do they not know better, but they indicate that they have no intention of knowing better.

Every now and then I hit reset. Realizing that things which I take for granted should not be taken for granted.

Here is the back story:

I was speaking with an individual about a recent case of sexual abuse which made it to the news.

In this story, it was reported that the abuser had sex with a 14 year old. This was not a case of a victim physically forcing his victim to have sex, rather it was a case of grooming.

The abuser was arrested and it made the news.

This was the case we were discussing.

The person conversing with me told me that he really feels bad for the kids of the abuser. That they didn’t do anything wrong. They will suffer due to the wrongdoing of their father.

I agreed with him.

He then said something which still sends a shiver down my spine.

This was his view about both this specific case, as well as victims of child sexual abuse in general.

There is so much wrong with this statement.

First, there is no such thing as a child “agreeing” to sex.

A child is never “also to blame” for sexual activity.

You can never say that the child “wanted it” or “requested it”.

Then there is the second issue, the issue that comes up so frequently, and that is the question about the family of the abuser.

Let me make this clear, the family members of the abuser are victims, albeit a different type of victims.

They are secondary victims, and their suffering is real.

Let me explain using the example of a car accident.

Two paramedics arrive on the scene where a car struck a tree. There are two people in the car. The driver is not breathing and his pulse is extremely low. The female passenger is in agony, she is screaming how her leg is broken.

Both are victims, yet one deserves greater attention.

The passenger with the broken leg will need to wait for a paramedic who is not treating the driver.

So how can this error be fixed? How can we stop ourselves, and others from giving too much attention to the secondary victims (the family) at the expense of the primary victims (the child being sexually abused)?

The answer is three-fold.

Second, we need to accept the fact that we as a society do not know how to handle an abuser on our own, and that they are often magnificent liars and manipulators. We cannot convince them to stop. We cannot send them to someone who will magically get them to stop. Making them move just makes it someone else’s problem, and transferring a problem shouldn’t be confused with solving a problem.

But more importantly, we need to take the time to learn the studies about what happens to victims of child sex abuse. The struggles which they will (possibly) have in both the short-term and the long-term.

The more you know about what actually happens to a victim, the less likely you are to confuse who is a primary victim and who is a secondary victim.

Sadly, this too is misguided.

The victim’s suffering doesn’t magically disappear once their abuser is put away.

This defense, like many others, are borne out of ignorance.

For the sake of the children, please make an active effort to escape the ignorance when it comes to child sex abuse.

Posted by Yisroel Meir Picker at 7:50 AM