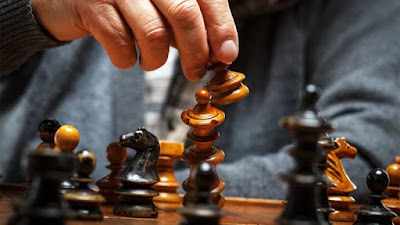 Posted by Yisroel Meir Picker at 9:35 PM No comments:

Different people need different kinds of communication for it to have the same effect. That was something I had to learn.
-Tobias Lutke

Sometimes life lessons come to us from interesting places. A very important life lesson came to me when I went to see “The Lion King” in camp when I was 13 years old.

Unbeknownst to me at the time, one specific scene in the movie would end up having a lifelong impact on me. Not due to the movie itself, but to the reaction that it caused two people.

But first, some background:

Camp used to take us to the movies every Friday. While we were watching movies that the camp approved for kids, the theater would also be showing the more graphic, non-camp approved movies on their other screens. We were under strict orders not to go to the other movies, or we’d be thrown out of camp.

The bus drivers who took us to the movies would also be given movie tickets (what else were they to do for the 2 hours we were watching the film?). Needless to say, given the choices of movies to watch, they always chose to watch the more graphic films.

Then it happened. One camper disobeyed the rules and ran out of “The Lion King” and went into a theater showing a rated R movie. The bus drivers happened to be there, caught him and reported him to the camp staff.

Certainly we knew what was going to happen to this kid, We were warned and we had been told there would not be any second chances.

To our surprise, the camper was not expelled.

In “The Lion King”, there is a scene when the young lion Simba witnesses his father’s death. The camper who left this movie to go see the rated R film had lost his father. His father was a member of the NYPD who was shot and killed in the line of duty. Given the backstory, the camp let the infraction slide.

This left me quite confused. Not just because the camp wasn’t following through with their warning, but because I didn’t understand the justification for leaving “The Lion King”. The reason why I could not understand was because during the film I was sitting next to a friend of mine, and he had no issues with the movie. This friend of mine lost his father to a mugging gone bad. His father was fatally shot and my friend later had to give a victim’s impact statement to the court.

So why was it understandable for the child of the police officer to leave, when my friend was able to stay with no problem? Certainly this proves that the child of the officer could have stayed, thought 13 year old me.

But that thought process is flawed.

It is flawed because people react differently.

Even if two people seem to be identical, don’t believe that they will have similar reactions to the same stimuli. As the movie shows, two children who lost their father due to a fatal gunshot each reacted differently when seeing a story about a child witnessing his father’s death.

Unfortunately, I constantly see people falling into this trap, most notably when it comes to judging victims of sexual abuse. People mistakenly think that a victim is lying because, in their eyes, the victim’s subsequent behavior isn’t how they believe a victim would (or should) act. Different victims will react differently to their victimization.

For example, some survivors will seek assistance from a friend, support group or mental health professional, while others will prefer not to share their traumatic experience with anyone else. Some will self-medicate while others will become workaholics. There are a plethora of ways that survivors attempt to cope with their trauma. Some have very different ways than others.

There are also many different mental health issues that may arise from the trauma of the abuse (e.g. attachment issues, anxiety, anger issues, just to name a few). Different people cope differently and different victims will have different issues that they’ll be struggling with post the abuse.

Victims who have yet to build coping skills can easily be triggered by even the slightest touch. While others with unhealthy coping skills might utilize promiscuous behaviors as a means to minimize their trauma.

To the untrained eye (i.e. one who doesn’t understand coping skills) this appears to be two totally opposite responses to identical traumas. Different responses, even to opposite extremes, are normal as different people (even different children in the same family) will react differently to things in different way.

That’s ok. What isn’t ok is questioning whether someone is really a victim because you don’t understand their behavior.

It would have been the height of chutzpa to go over to my friend who didn't leave the movie and question whether his father was really murdered. The fact that the movie didn’t trigger him and didn’t cause him to leave doesn’t mean that his father’s death was not traumatic for him.

It is also the height of chutzpa when people do the exact same thing to abuse victims.

Don’t ever question someone’s trauma solely based on your narrow/personal/subjective view as to how someone in their position should react.