"Twitter is not a technology. It's a conversation. And it's happening with or without you."
-Charlene Li 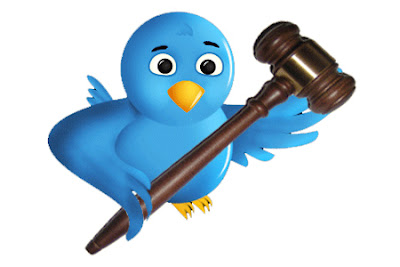 There is a perspective in the social work profession known as “person-in-environment”. It states that people are a product of their environment. Social, political, familial, temporal, spiritual, economic, and physical factors combine to create this environment which shapes the individual. This concept includes the idea that one cannot adequately understand a person’s actions without consideration of the various aspects of that individual’s environment.

News stories and political climate are also part of this environment which affects us.

In an instant, millions of people hear one side of a story and they are immediately demanding action.

These demands are then heard by people and companies who often care more about themselves and their profits than they care about truth.

This is an idea that has been on my mind for quite some time, but recent events are causing me to write about this today.

Recently in Minnesota, a small group of African Americans walked into a fast food restaurant and attempted to place an order. The manager told them they needed to pay before they placed their order.

The consumers objected. They insisted and questioned why they were being treated differently than other customers who didn’t need to pay upfront. This entire event was videoed.

Scores of people took to social media to call on boycotting the restaurant. Many others called for the manager’s dismissal.

The company obliged and fired her.

All because of a video and post which depicted one side of the story.

As this former manager sits at home unemployed, news is breaking that these customers allegedly made a habit of taking their orders without paying.

Reports include accusations that they had even posted about this habit on their social media pages and that this restaurant had been a victim of theirs before.

So without this manager even getting the opportunity to defend herself and her decision, she lost her job.  All because people heard one side of the story and felt that they had all the facts they needed in order to act.
Link to Story

This case isn’t an isolated incident, and these behaviors are contagious.

Our children see this “quick to judge” mentality, and they follow suit. They are living in this “twitter/quick judge” age.

Living in a society which demands immediate judgment and action not only affects our children, but it rubs off on us as well.

Do we give our children the opportunity to defend themselves, or do we immediately believe the teacher when they call us to complain about our child’s behavior?

If we judge our children without hearing them first, we have added more “quick-judge” to their already “quick-judge” environment.

If we want to break the cycle and if we want to raise children who are able to hear all sides prior to forming an opinion, these lessons need to start at home. These lessons can’t be verbal, our children need to see that this is how we act with them and with others. That’s how we can break this destructive habit.