“If a child can't learn the way we teach, maybe we should teach the way they learn.” 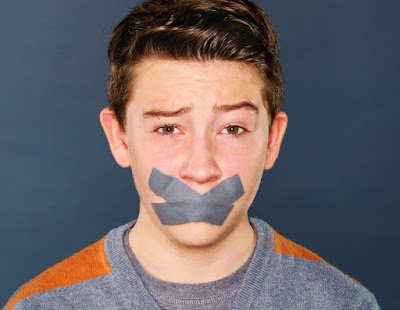 In my previous article, Sleepovers, Playdates and Codewords, I mentioned “The Law of Unintended Consequences”. In short, it means that actions of people always have effects that are unanticipated or unintended.

There is a popular story among Child Safety Advocates that illustrates this law quite well. This story also contains an invaluable lesson.

There was a child who was going to be spending the summer in sleepaway camp. Prior to going to camp, his father wisely had a discussion with him about staying safe. When the father got to the part about his son’s body being his, the father said the following statement:
“Listen, if anyone touches your genitals, if anyone molests you, I’LL [EXPLETIVE] KILL HIM!! I PROMISE YOU, YOU HAVE MY WORD”
Sadly, when this boy was at camp, he was molested.
And like so many other victims, he made the decision to keep quiet.

There are many different reasons for why victims choose to be quiet. Years later, when this boy was asked to share why he chose silence, his reason was quite interesting.
“I love my father. I love him dearly. If I told him about the abuse, he would have ended up committing murder and he’d end up in jail for many years. I didn’t want to lose my dad, so I kept quiet.”

In the father’s attempt to show his child love and protection, he ended up making his child feel powerless.

The father attempted to show his son his love by telling him that he was willing to go to the extreme for him, but it ended up being the son who sacrificed himself on behalf of his father.

This was very much an unintended consequence.

When speaking with kids about issues of child sex abuse, never ever tell the child that you will hurt/beat/kill/harm/embarrass/ruin the one who commits the abuse. Studies have shown that such verbiage has much more potential to harm than it has to assist, as the previous story has unfortunately shown.