To keep your secret is wisdom; but to expect others to keep it is folly.
-Samuel Johnson 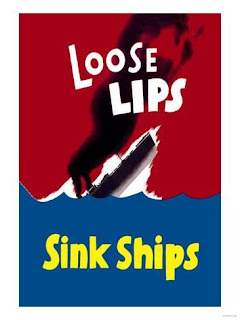 When I was young, if people were asked to describe me in one word, that word would have been “sports”. I was a complete sports nut. I knew the players, the teams. As I became a teenager, my love of sports became greater. I started collecting autographs, talking to the players. There was even a period of time when I was participating in sports trivia contests on the radio, collecting hundreds of dollars worth of prizes before the radio station shut down.

After moving to Israel and getting married, I’ve found that I no longer follow sports like I used to. Yet every time that I try to convince myself that I’m no longer into sports, something pops up and reminds me that that’s far from the truth.

I often find myself using sports analogies or news stories from the sports section to prove my point. This is who I am. I’m going to embrace this and not run from this.

Why am I mentioning all of this? It is because I just read about former Philadelphia 76ers General Manager Bryan Colangelo.

For those of you who are unaware of the story, here is a synopsis. A journalist uncovered the fact that there were a few twitter accounts that appeared to be fake. These accounts were always being used to defend Colangelo, and they would often badmouth players on his team. A few times these accounts divulged privileged information that only someone who worked for the team would have known (e.g. a player’s medical records, trades being discussed etc). An investigation was launched, and it was discovered that Mr. Colangelo’s wife was the one doing the tweeting (she admitted to it and the cyber investigators found forensic evidence to corroborate her admission). Mr. Colangelo promptly resigned.

Despite his resigning, Mr. Colangelo might still be in legal trouble. He transferred privileged information to someone whom he was not allowed to.

During World War II there propaganda posters going around with the message “Loose Lips Sink Ships”. The poster intent was to convey the following: Beware of what you say, you don’t really know who you are speaking with. You don’t know what they’ll do with what you tell them. It might end up costing someone their life.

This very mistake that cost Mr. Colangelo his job is a mistake that I see people making time and time again. No place is this more rampant than social media.

How would you feel if you walked into a store and you heard the employees speaking negatively about you? Would you be comfortable? Would you stay? Would you go back to the store to make future purchases or would you try and find another store to do business with?

Too often I see people on Twitter, Facebook and LinkedIn discussing things about clients and customers of theirs in a negative light. It amazes me how often well educated people forget the fact that this client might very well be reading these posts! Regardless of whether you mentioned the client or customer by name, if they believe that you are speaking about them in your social media post, you’ve lost the client.

In today’s world where words can be transmitted to millions across the globe in the blink of an eye, be very cautious with your words. Remember that any public post, even if addressed to a select few, is still a public post that can be seen by many. It can also be seen by the person you are discussing!

The circumstances have changed, but the concept is as strong as ever.

Posted by Yisroel Meir Picker at 10:20 AM