Life, Liberty and the Pursuit of Happiness

The pursuit of happiness is a most ridiculous phrase: if you pursue happiness you'll never find it.
-Carrie Snow 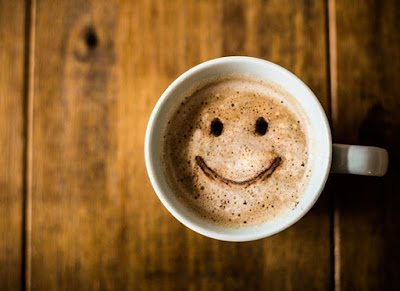 The recent suicides of Kate Spade and Anthony Bourdain have shaken millions upon millions of people.

Death is a sad and tragic event, all the more so when one takes their own life. Deaths are often examined to find out what went wrong, what led to the death of the victim, and what could possibly be done to prevent a similar death in the future.

So too with suicides.

Having known neither Ms. Spade nor Mr. Bourdain, I will refrain from commenting specifically on their deaths. Some of the articles about their deaths are speculation, some are based upon statements from friends and family, while others are just the writer using their death as a means to present their own agenda.

Rather than discussing their suicides, I want to discuss a theme that I saw in a number of the articles about them. I have seen numerous journalists, authors and commentators ask:
“They were so famous/successful/wealthy, why would they end their own life?”.
This question disturbs me. It disturbs me because it is a fundamentally flawed question.

Back in 1776, Thomas Jefferson wrote the following phrase in the Declaration of Independence:
“We hold these truths to be self-evident: that all men are created equal; that they are endowed by their Creator with certain unalienable rights; that among these are life, liberty, and the pursuit of happiness.”

From a very young age, American children are taught that happiness is something that you can pursue. This information remains instilled as one grows older and enters the workforce. People believe that if they only get this promotion, they’ll be happy. If they are able to purchase a nice home, they’ll be happy.

Happiness is a state of mind, not a goal.

Back to the question from the journalists. What bothers me about the question, “They were so famous/successful/wealthy, why would they end their own life?”, is that it implies that success equals happiness. It implies that being rich and famous equals happiness. It is being asked by a journalist who has the goal of being rich and famous, how someone who has already reached this goal not be happy.

Happiness isn’t the pot of gold at the end of the rainbow. It isn’t there waiting for you when you accomplish a goal.

Sometimes it isn’t necessarily what it being said, but who is saying it. Some of you might be saying “Very convenient for Yisroel to be saying this, he isn’t rich, he isn’t famous. Perhaps he is just trying to put down the rich as a means of making himself feel better”.

To these people, I tell them to please see what the rich and famous Jim Carrey has to say:
In an interview, the comedian and actor Jim Carrey talked about “getting to the place where you have everything everybody has ever desired and realizing you are still unhappy. And that you can still be unhappy is a shock when you have accomplished everything you ever dreamed of and more.”
“If only we get that big raise, or a new house or have children we will finally be happy. But we won’t." In fact, as Carrey points out, in many ways achieving all your goals provides the opposite of fulfillment: It lays bare the truth that there is nothing you can purchase, possess or achieve that will make you feel fulfilled over the long term.

If the question is: How can I become happy? That is a very subjective question. what works for one person won’t necessarily work for the other. That being said, just don’t forget that happiness is NOT a goal, despite what’s written in the Declaration of Independence.