A Miracle and a Lesson

"Everyday holds the possibility of a miracle" 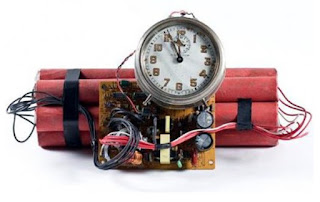 The country was Israel

The city was Jerusalem

We were all on high alert, and rightfully so. There had been attacks in the city. Bus bombings, suicide bombings in cafes.

These were usually followed by a phone call by some nervous relative wanting to make sure that I was safe.

But it was a story that never made it further than the local news that was my own personal miracle. It also taught me about myself and others.

It was my midday break from yeshiva. I decided to take a twenty minute walk to a neighborhood called Mea Shearim. As I got there I started walking down its main street, only to be stopped by a meter-maid. Directly behind the meter-maid was a car parked in a very weird manner. It was parked on the left side of the street, the front left tire was on the sidewalk, and the back right tire was slightly blocking traffic on this one way street. There was someone dressed in black using a slim jim to open up this car.

As I waited to hear the “all-clear” a crowd of others wanting to pass started gathering.

The man who opened the door started looking around the car.

Suddenly he shouted on the top of his lungs. I have no idea what he shouts.

Everyone in the group starts running away, they are all wide-eyed. It is an image that is branded into my memory to this day.

Based upon the news reports from the local paper, the car was stolen and a bomb was placed inside of it. Miraculously it never exploded.

As the police arrived and moved people further away from the car with the bomb in it, I noticed that my roommate and closest friend was there as well. We stayed for a bit before we decided that it was in our best interest to head back to our dira.

Before we left we both witnessed the same incident.

One of the local kids, about 14 years old, went up to one of the policemen and told him as follows: "I know you are going to tell people to move, don’t bother telling me to move, I am not moving. Worry about the others, forget that I am here."

Next thing we see is that the policeman smacks him and throws him into the back of the police car.

As we are walking back to the room, my roommate and I discuss what we just witnessed.

I’m of the opinion that the kid got what he deserved, you don’t mouth off to an officer in the middle of dealing with a high level emergency. The cop has a job to do and this kid is trying to impede the officer from doing his job.

My roommate viewed it very differently. He was of the opinion that the officer has no right to slap anyone.

This was, and still is, a person whom I respect. A person whose opinion I value. For the longest time I could not understand how he could view this so differently than I view it. This wasn’t some stranger, this was my closest friend. He was a genius and someone whose opinions I respected. How could he get this so wrong?

Years later someone enlightened me.

Without her knowing him at all she hit the nail on the head.

“You are the oldest child and he isn’t. He has an older sibling.”

When I viewed the cop vs. the kid, I viewed myself as the cop, and the kid mouthing off for no good reason was one of my brothers. Just like I had no time for them during crucial moments, so too this officer had no time for this kid during this time of high tension.

We each have a different set of eyes. That is because they each took a different route. Let’s try to remember this next time we have a disagreement with someone. Disagreeing is fine, but don’t let it allow you to view the person with whom you are disagreeing with as a lesser.

You are not better simply because you have your eyes and not theirs.

Yisroel Picker is a Social Worker who lives in Jerusalem. He has a private practice which specializes in working with people of all ages helping them understand their own thought processes, enabling them to improve their level of functioning, awareness, social skills and more. He also lectures on the topics of communication and child safety.
You can email Yisroel at yisroel@ympicker.com
Follow Yisroel on LinkedIn Here