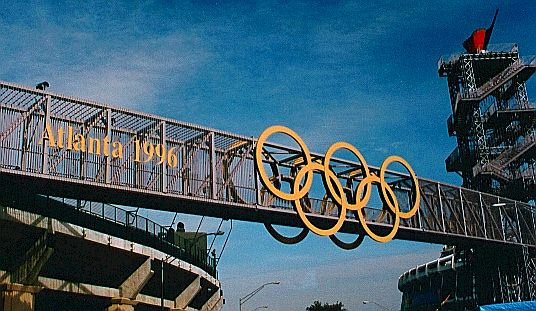 In July of 1996, the festive nature of the Olympic games in Atlanta was ground to a halt by a pipe bomb. The attack left two dead and injured over 100. Just as the eyes of the world were on the Olympic games, so too the eyes of the world would be focused on the investigation. The police and FBI were under tremendous pressure to not only find the culprit, but also to locate them quickly. At the same time, there was tremendous pressure on the journalists there to be the first to “break the story”. Very quickly, it was learned, that the FBI was focusing on a security guard named Richard Jewell. Once a local Atlanta newspaper said that Mr. Jewell "fits the profile of a lone bomber”, many other news outlets followed. News organizations all over started interviewing their experts who all said that Mr. Jewell fit the profile of a “lone bomber”.

There was only one problem. Mr. Jewell was an innocent man. The FBI and the media got so caught up in this concept of a profile, this concept of “what the bomber should look like, what his background should be”, that it distracted them from analyzing the evidence. Years later a man by the name of Eric Rudolph was arrested and confessed to the crime, but not before he bombed three other locations.

A person having an incorrect perception of who is and who isn’t a child molester, based upon their profile, can be a very dangerous thing. It causes undue harm on those innocent individuals who are viewed negatively, simply because they fit one’s profile or perception of what a child molester looks like. Additionally, and more importantly, it enables those who are harming children to keep harming them. People mistakenly think “Such a person could never harm a child!”.

So who is the enemy? What type of person molests a child?

Firstly, you may have noticed that I did not use the term pedophile. I specifically stay away from that term because it is misleading. Not all pedophiles sexually abuse children, and not all people who sexually abuse children are pedophiles. I will not go further into this point as the focus of this article is on the safety of the child, not the psychological diagnosis of the abuser.

People who sexually abuse children usually fall into one of two categories, Situational and Preferential.

Preferential: The preferential abuser abuses because they have a sexual attraction to children. They will make life decisions in order to gain access to children (e.g. job, residence, marrying someone to gain access to their children). The preferential abuser may spend years working up to a position of authority and trust within a shul, school, or youth organization in order to have access to children. They often won’t abuse until they feel that they have gained that trust. The majority of their victims are vulnerable children whom they court or groom for the purpose of victimization.

Situational:  The situational abuser does not display any distinguishable sexual preference for children yet they will engage in the sexual exploitation of children if and when they find
themselves in situations where a child is readily available for sexual use. Even though the situational abuser does not have a sexual preference towards children, they molest children for other reasons. They include, but are not limited to curiosity, manipulation, control, desire to harm the loved one of the molested child, poor self-esteem, and to escape feelings of powerlessness and loneliness.

From a victim’s perspective, the above differentiation is irrelevant. Both do serious harm to their victim. There is no correlation between type of abuser and nature of the abuse committed. However, these distinctions do come in hand when planning intervention and prevention. It also enables us to realize that we really shouldn’t have a “profile” in our mind as to who a child molester is. They could be the strange person who lives alone and they could be the outgoing community leader who is respected by all. Age, gender and marital status also play no role in determining who is and who isn’t a child molester.

Since the child abuser comes in so many different forms, the duty of the parent is to always remain vigilant, trying hard to be consistent with the rules of child safety (i.e. don’t have different rules when the child’s uncle is watching them vs. a babysitter). A parent must also always try to ensure that there is an open line of communication between the parent and the child, so that the child feels safe enough to report any incidents to their parent.

Yisroel Picker is a Social Worker who lives in Jerusalem. He has a private practice which specializes in working with people of all ages helping them understand their own thought processes, enabling them to improve their level of functioning, awareness, social skills and more. He also lectures on the topics of communication and child safety.
You can email Yisroel at yisroel@ympicker.com
Follow Yisroel on LinkedIn here
Follow Yisroel on Facebook Here
Posted by Yisroel Meir Picker at 7:34 PM