Do the Rules Always Apply? 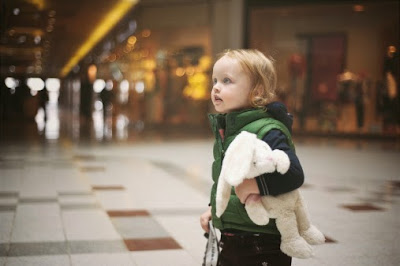 I’d like to share two stories about how kids applied the rule when the correct choice was to apply the exception:

The first story is a famous story.  In April of 2004 a man calls a McDonald's restaurant in Kentucky claiming to be a police officer. The caller asks the employee who answers the phone if there is a “slightly built young white woman with blonde hair” in the restaurant. He says that person is suspected of theft. Acting on the commands of the caller, the McDonald’s employee who answered the call locates a woman who matches the description. The woman matching the description is 18 years old, her name is Louise Ogborn. Ms Ogborn is taken to a back room, her clothes are removed and she is assaulted. All by well meaning people, who are following the orders of a man on the phone who they, incorrectly, believe to be a policeman.

Much has been discussed about the above story. Why did simple, law-abiding people do such a horrible act, just because of a phone call? How easy is it to fool good people to do such horrible things, just because they believe they are following orders? Personally, there was one thing about the story that stuck out more than anything else.
Here is a transcript of Ms. Ogborn’s interview with ABC:

Reporter: Why did you go along with their instructions?
Louise Ogborn: My parents taught me that when an adult tells you to do something, that’s what you do. You don’t argue.

How absolutely sad. This victim, even though she was already 18 and legally considered an adult, wasn’t yet aware that this lesson that her parents taught her many years ago didn’t apply in this case. She applied the rule of following the orders of an adult, when the correct choice was not agreeing to removing her clothes.

The second story is not as famous as the first story. About ten years ago a group went on a hike. This group included a boy who was 10 years old. During the hike, the boy got separated from the group and was declared lost. Searching parties were called to find this lost boy, but their two days of searching were fruitless. On the third day the boy was located by the rescue dogs, he was weak and dehydrated, but alive. The head of the rescue efforts was perplexed. The dogs found him, not too far from where many of his rescuers had been the two days prior. Why hadn’t any of the members of the rescue team had success in finding the lost boy? The boy later told his parents that he was taught to “Never speak with strangers”, and that, “even if they knew his name, that should not be confused for a sign that they aren’t a stranger”. Therefore, the boy explained, he went to hide anytime he heard his name being called by someone who he didn’t know. This boy ended up in much more danger because he followed the rule.

Obviously the Ogborns didn’t tell their daughter that she needed to comply with the instructions that led to her being undressed and abused, and obviously this boy wasn’t told that rescue workers are dangerous when you are lost and alone. Both were told generic rules, and by both it was assumed that they would know the exception. Perhaps the Ogborns even taught their daughter about her body being hers, but Louise saw these as conflicting rules (always listen to adults vs. my body is mine) and was unsure as to how to navigate this contradiction.

When speaking with children about child safety, it is important that parents convey both the rules and possible exceptions. Special effort should also be made so that the child recognizes that these are exceptions to the rule, not two conflicting rules. This is a bit more complicated in the latter case, but it is still doable.

The following lesson should be given to children: There are good strangers and there are bad strangers, and we don’t know which is which, therefore we are extra careful. However, there are certain times when we need to seek the help of strangers because we need help. Parents can also tell their child what type of stranger they would ideally like them to seek help from in a time of need e.g. a mother with her children.

Yisroel Picker is a Social Worker who lives in Jerusalem. He has a private practice which specializes in working with people of all ages helping them understand their own thought processes, enabling them to improve their level of functioning, awareness, social skills and more. He also lectures on the topics of communication and child safety.