Trauma: Not Just the "What"

“There is no timestamp on trauma. There isn’t a formula that you can insert yourself into to get from horror to healed. Be patient. Take up space. Let your journey be the balm.” 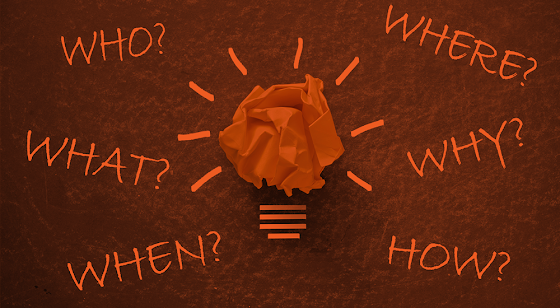 A number of years ago I was acting carelessly with a knife while preparing vegetables for a soup. This resulted in me badly cutting my finger and needing to rush to the hospital.

The hospital stitched me up and told me to get the stitches removed in ten days time, and see a finger specialist once the stitches were removed.

When I finally was able to see the finger specialist, there was a third person in the room, a student whom he was mentoring.

“What happened?” the doctor inquired.

My response: “I was being stupid”.

“How did you get cut?” He asked, not accepting my previous response as satisfactory.

“I was preparing things for soup and I was being reckless” was my answer, believing that I was done.

But no, he still needed to ask for more details, and I was getting slightly upset by this point.

“What were you cutting when you hurt yourself?” was his next query.

This seemed like a needless detail. He saw the scar that remained from the cut, what does he want from me? More juicy details so that I can discuss this embarrassing event in greater depth?

I told him the truth, “a sweet potato”.

Finally, the doctor was satisfied.

The doctor then looked at the student whom he was mentoring and said the following: “Always get more information. Had it been raw chicken, meat or fish, we would be handling this differently due to bacteria issues.”

What happened to my finger was physical trauma.

When it comes to trauma, sometimes the issues are deeper than they appear.

Some would have only seen a finger with a cut, to this trained doctor he knew he needed to delve deeper to see if there were other potential issues that occurred at the time the finger got cut.

Whether the trauma is physical, emotional or sexual, the “HOW”, the “WHO”, the “WHERE”, the “WHEN” and the “WHY” can be important contributors to the “WHAT”.

Let me use a sexual assault as an example.

To the untrained eye, they might only see the “WHAT”, which is obviously the sexual assault.

But the others might also play key roles in understanding the trauma that this person is suffering.

“HOW”: Were they drugged? Were they manipulated? Was there a weapon involved?

“WHO”: Was it a stranger? Relative? A respected individual who abused their position of trust?

“WHERE”: Was it in public? In a school? In their own home?

“WHEN”: Was it on a special day? E.g. if this occurred on their birthday, they might view their birthday very differently from now on.

“WHY”: Was it known that the person had a history of abuse but it was hushed by the community? Were there obvious signs of grooming that went ignored by parents and trusted adults?

The onion metaphor is often used to express the idea that many layers need to be peeled away before one can get to the core issue.

This is not a good metaphor when it comes to trauma. The core problem, the “WHAT” might be obvious. However, the entire picture will include the other layers. The layers that will often get discarded as “unimportant” or “non-essential” by someone who lacks an understanding as to how trauma works.