Outcome Bias: Blinded by the Results

“Concentrate on what will produce results rather than on the results, focus on the process not the prize.” 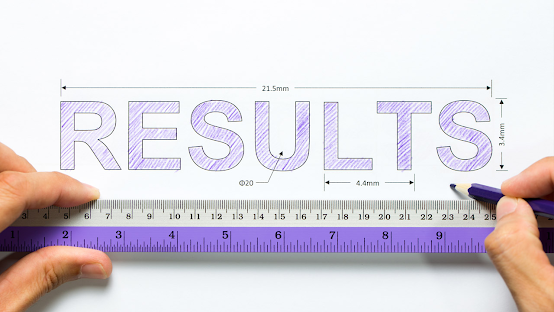 The human mind fascinates me.

I love learning how my own mind works, as well as how other people’s minds work.

I am blessed to be in a profession where my work involves enabling people to recognize how their own minds work, assisting them in correcting deficiencies they have due to the way they process information.

Part of my work is showing people that they’re biased.

We all have biases, every single one of us.

Cognitive biases are unconscious errors in thinking that arise from problems related to memory, attention, and other mental mistakes. These biases result from our brain’s efforts to simplify the incredibly complex world in which we live.

In a previous article, I wrote about Confirmation Bias and how we use our previous experiences to fill in the gaps into stories that we hear.

There are many different cognitive biases that people have, but for the purpose of this article, I’d like to speak about one that I find very common with children, Outcome Bias.

Outcome bias is when one focuses too much on the result, and not on the process which led to the result.

Human beings tend to be self-evaluative. We look back at what we’ve done and try to measure ourselves against that in the future. This can be a very useful trait as it enables us to learn lessons from the past and recycle them for the future. Unfortunately, it can also be a problem.

Hindsight is not always 20-20. In fact, we have a tendency to place too much importance on the outcome of a decision rather than the process by which we made that decision.

For example: A student skips class and doesn’t study the course material, yet he still gets an A- on the midterm. That student might believe that he can continue skipping class and not study and still get a very good grade on the final.

In short, people believe that since it worked before, it will work again. Ignoring the route they took and the likelihood of a similar result.

The opposite situation is also a common case that falls under the category of outcome bias. That’s when the process was correct, yet the result wasn’t the ideal result.

I once witnessed a meter-maid pacing near a car. It was summer and it appeared to him that a child, covered in a blanket, was left inside a carseat in a hot car. He called the police who immediately sent someone to open up the car. Additionally, an ambulance came in anticipation. When the police opened up the car door (via slim jim, not because they broke the window), it was a doll!

Baruch Hashem! There was no child in danger!

That was my response, as well as the response of other observers.

I was shocked to see the meter-maid’s response. It wasn’t relief that there was no child in danger. It was disgust in himself that he wasted everyone’s time for nothing.

My concern is that should he encounter a similar scenario in the future, he will put too much emphasis on the previous situation with the doll, and not call for assistance.

Outcome bias is very easy to have. We are a result oriented society, therefore our brains will naturally remember and focus on the previously obtained results.

Instead of focusing exclusively on the result, one needs to ask how they arrived at the result. Outcomes can happen due to many different reasons. It can be a direct result of a proper process or simply bad choices. It can also be due to other things like luck, bad information or simply a lack of resources.

By giving greater weight to the process rather than the results, one is better equipped to make wiser decisions in the future.

As they say at the end of every investment commercial: “past performance is not indicative of future results.”