“It doesn't pay to ignore warnings. Even when they don't make sense.” 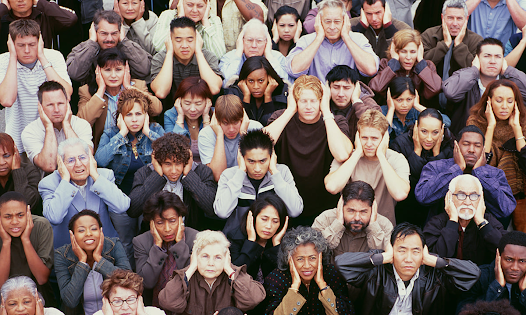 I’d like to preface this article by thanking my dear friend Shmuli Phillips for asking me to write an article about Lashon Hara and Child Sex Abuse Prevention for his audience. He has a great forum on Facebook, and all are welcome to check it out. Judaism Reclaimed: A journey through Judaism's most controversial issues

Lashon Hara is the act of speaking derogatory words about an individual, a business or even a group of people. Truth doesn’t not exempt one from the category of lashon hara. Furthermore, it is not only the one who speaks such words who is condemned: The Gemara in Pesachim (118a) cites Rabbi Elazar ben Azaria, that both the one who speaks lashon hara and the one who accepts lashon hara (as truth) is deserving to “be thrown to the dogs”.

On the other hand, refraining from disclosing information about a potentially dangerous individual can involve other serious prohibitions such as “Do not stand by the blood of your fellow” (Vayikra 19:16). Our sages can be seen to take such prohibitions extremely seriously. For example the Gemara in Nidda (61a) relates the story of the death of Gedalia ben Achikam, who was the appointed governor of the Jewish people who remained in Israel (after the destruction of the first Temple). Gedalia was informed by a man named Yochanan ben Kareiach that Yishmael ben Nesaniah was planning on killing Gedalia at a banquet.

No other person came forward with such a warning.

This inaction led not only to his own death, but also to the deaths of other attendees at the banquet, as well as eighty other people the very next day. All killed by Yishmael ben Nesaniah.

Surprisingly, however, the Gemara identifies the verse in Yirmiyah as accusing Gedaliah – not Yishmael – as the murderer: “the pit into which Yishmael threw all the corpses of the men he had struck via the hand of Gedalia.”

The Gemara responds that since Gedalia received the warning from Yochanan ben Kareiach and didn’t accept the warning, it is as if he committed the murders himself!

The obvious question follows: “But it was Lashon Hara and one is forbidden to believe Lashon Hara. So why was Gedalia condemned when Lashon Hara isn’t supposed to be believed?”

The answer is given by the Amora Rava, who says that even though one should not accept it as truth, one should be concerned for its possibility and act/prepare accordingly.

The conclusion to take away from this teaching is that people can and should protect themselves based upon the information that they’ve heard, despite the fact that they aren’t believing the information as truth.

Working in the field of child safety has shown me how difficult it is for people to properly accept this point. Whenever an accusation is made, people immediately start with the reasons why it shouldn’t be believed and why no action is necessary.

“One complaint? That’s all?”

“No reason he shouldn't be allowed to work while we investigate”

In the case of Gedalia it was one single voice.

He didn’t listen to it.

That’s why the Torah deemed him to be responsible for over 80 deaths.

When an accusation is made, protecting oneself to a greater degree doesn’t mean you believe the accusation, it means you’re doing your due diligence. As Rava pointed out, the two are mutually exclusive. You can be mindful of the accusation without believing the accusation.

We owe it to the future generations to properly understand this message. Too often people will go out of their way to show how much they don’t believe the Lashon Hara (e.g. hire the accused to babysit). Choices like that caused destruction back then, and the results are identical now. Protection doesn’t mean believing. Protection is protection and believing is believing. The sooner we can separate the two the better.