"There are wounds that never show on the body that are deeper and more hurtful than anything that bleeds." 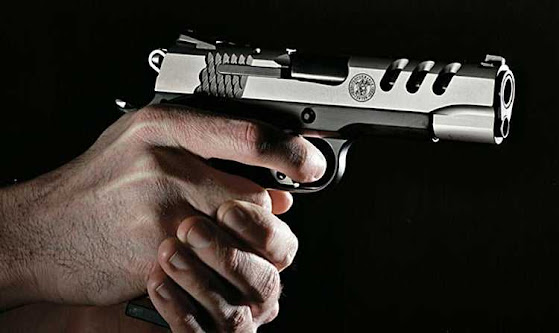 Clint Malarchuk was a hockey goalie who played in the NHL.

He played with 3 different teams over the course of his 10 year career.

He won 141 games over those ten years.

But he will forever be remembered for a single incident that happened during a game on March 22, 1989 in Buffalo, when an opponent’s skate inadvertently severed Malarchuk’s artery in his neck and partially cut his jugular vein.

He lost a third of the blood in his body that night. It took over 300 stitches to close the wound. (The video is available on YouTube, due to its graphic nature, I will not link to it)

But the horrors of that event were only just beginning.

Eventually things got under control. He was seeing a mental health professional. He was on the right medications.

Then the Richard Zednick injury happened.

Zednick, also an NHL player, was cut in the throat by his teammate’s skate during a game. (Video is also available on YouTube, due to its graphic nature, I will not link to it)

Malarchuk didn’t witness the event, nor did he watch a replay of it later, but he heard about it, and he was asked to discuss it.

All seemed well, he discussed the situation with clarity and insight that only he could provide.

Except all wasn’t ok.

Despite neither being there nor ever seeing a replay of the Zednick injury, the mere learning of it triggered Malarchuk’s PTSD (Post Traumatic Stress Disorder).

Suddenly he couldn’t sleep. He kept on revisiting his own horrific injury.

It all became too much for him.

Eight months after the Zednick injury, and nearly 19 years after his own injury, Clint Malarchuk shot himself in the head with a gun.

For the second time in his life, he survived a near-death experience.

The reason I mention the story of Clint Malarchuk is to illustrate how triggers work.

Triggers don’t need to be direct.

The trigger might simply be hearing people discuss something.

What do I mean?

How do you speak when someone famous and renowned gets accused?

Do you say that the person is so famous that there is no way they could have done it?

Will you say that without witnesses, a victim cannot be believed?

Do you find some blemish in the victim’s character to diminish their credibility?

Will you say that it is the victim’s word versus the abuser’s word, and that isn’t enough?

Do you play the “lashon hara” card and silence the one who is mentioning the accusations?

Do you insist that the abuser’s “parnassa’ (livelihood) is going to suffer, and that sharing news of the allegations will harm the accused irrevocably?

Do you play the “he has a family” card? Insisting that spreading such news harms the wife and children of the accused.

So it is quite likely that someone will overhear your comment, and be reminded about their own victimization.

And they’ll be reminded what they were told:

That they were making it up

That they can’t be believed

That the abuser has a family

That they were saying lashon hara.

That without witnesses, they, the victim was powerless.

Based upon the aforementioned statistics, there are probably many people in your life (unbeknownst to many of their colleagues) who are survivors of sexual abuse.

By discussing these accusations and siding with the accused, it is quite possible that you’re triggering them.

PTSD and triggers are real.

They can happen even many years later, as the Clint Malarchuk story shows us.

By silencing victims, however one might be doing so, you’re basically playing a game of Russian Roulette, pointing a gun of PTSD at each and every person who is hearing your words.


Posted by Yisroel Meir Picker at 11:40 PM No comments:

"You Did it by Yourself!" 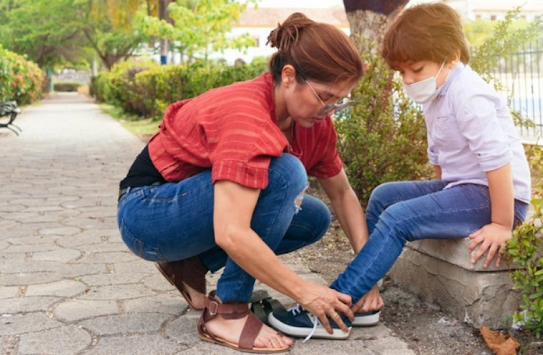 Based upon the actual definition of the word, “brainwashing” isn’t the correct word to use. But I will use it because I believe it best gets the message across. It is better to be understood accurately than to be misunderstood while technically correct.

The way we raise and educate our children is brainwashing. We take brains that are empty of information and we (try to) fill them with valuable lessons and morals.

A child will take these lessons and use them during the course of their lifetime.

One lesson that we all bestow upon our children, is the lesson that was taught to us from when we were young, that the ideal is to be able to do something by ourselves.

Kids are rewarded when they can get dressed by themselves, tie their shoes on their own, and cross the street without assistance.

As they grow older, the goals become greater, but the message is still there, the ideal is to be able to do it by yourself.

Unfortunately, this message can be taken the wrong way.

By focusing on how great it is to do things by oneself, some children perceive it as a weakness if they are unable to, and therefore require assistance from others.

These same children turn into teenagers, and these teenagers turn into adults, all with the same belief:

“I am weak and I am a failure if I need help from others.”

If we want to end the stigma about mental health issues, if we want people to be comfortable seeking help, we need to start from the beginning.

Yes, we need to celebrate solo accomplishments. They are signs of growth and they’re worthy of being honored.

But if we get carried away celebrating the solo, we risk brainwashing our children that they’re flawed if they need assistance.

Life is about balancing many different things. These two opposite, yet equally important messages must be balanced.

As it says in Koheles (Ecclesiastes), “There is a time and place for everything under the sun.”

One is not greater than the other, it is all about knowing which applies when.

Posted by Yisroel Meir Picker at 9:06 AM No comments: