“Occasions when you can change your mind should be cherished, because they mean you're smarter than you were before.“ 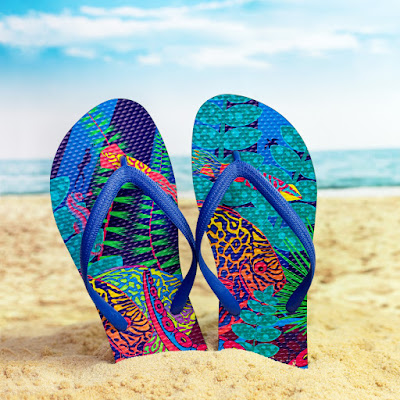 A number of years ago, there was a trend to label someone with the negative term “flip-flopper” if they changed their opinion of something after a period of time.

Due to this negative connotation, many people felt forced to stick with their original stance, lest they be branded a flip-flopper.

Despite the fact that calling someone out for flip-flopping is no longer trending, for many the damage is already done. They believe that they cannot, or should not change from their original stance.

These same individuals also have very unfavorable views of people who flip-flop.

In my opinion, not only is this wrong, but it is also quite sad.

Sometimes the issue might be that you didn’t have a specific piece of information at the time of your original decision. Other times you had all the facts, but things changed after choosing the chosen option.

Things change, people change and situations change. What was a wise choice last year might not be the smart option now.

Regardless of the process, it is not only ok to periodically reevaluate whether your initial choice is still the best option, it is ideal to do so.

For the 1997 Super Bowl, Tostitos bought a 30 second commercial slot at a cost of just under $1.3 million dollars. A lot of time, money and effort went into creating what they believed was going to be the perfect advertisement for their product. Tostitos ultimately decided on a commercial that concluded with an actor bungee jumping with a Tostitos chip in his mouth, dipping the chip into Tostitos salsa at the bottom of his jump.

The commercial was all made and all the executives were excited about how this commercial would help sales soar to levels that they’ve never yet seen.

In the opinion of many, the commercial that they made was the best commercial for both the company and the products being advertised.

Then, three days before the Super Bowl, a bungee jumper who was due to perform at the Super Bowl halftime show died during a practice jump gone wrong.

Even though Tostitos had nothing to do with this tragedy, days before the ad was due to run, they decided to shelve the commercial that they had created specifically for this special occasion.

Tostitos ended up using a very basic and forgettable commercial in its place. Making all the time and money on the research and development of the original commercial a total waste.

There are many lessons from this story that we can learn both for ourselves, as well as to pass onto our children.

First, it is okay to change your mind.

Second, just as one should evaluate the situation before making a decision, one should also gauge as to whether they should stick with their decision or whether a change is the best course of action.

Third, sometimes you will need to give up on something you’ve invested in, due to zero fault of your own.

Finally, one should never feel handcuffed to a decision due to their investment of time, money or emotions. A person can always walk away from a choice they’ve made.

Side Note: There is a professional term for one who ignores change and insists on sticking with their original plan, despite it no longer being viable. That term is called Continuation Bias, and there are airline pilots who have killed themselves and others due to it. (e.g. refusing to divert to a different airport when bad weather makes landing at the scheduled airport impossible).

Posted by Yisroel Meir Picker at 8:56 AM