“In theory, there is no difference between practice and theory. In practice, there is.” 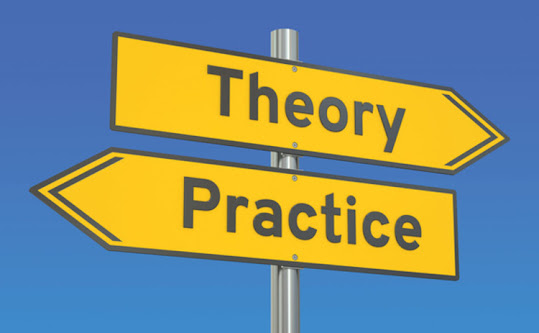 There is theory and there are real life situations.

We can learn what to do in a specific event.

We can be told how to handle a specific case.

We can roleplay what to do when certain things occur.

These lessons, while important, don't always translate into real-world situations.

Meaning that people won’t always apply these learned skills to their appropriate situations.

The examples of this are plentiful.

The singer who forgets the words to her song.

The actor who forgets his lines.

They knew what they were supposed to do “in theory” but when it came to “practice” they couldn’t do it.

They know what they should do, they just couldn’t do it at that moment.

There is also the story of Brandon Bostick. Brandon was a player on the Green Bay Packers.

His job was to block the opponents, and allow the man behind him to get the ball during an onside kick.

He was taught this during the many team meetings that they had.

He practiced this during the team kickoff drills.

He was coached constantly on this point.

Yet when it came time to put his lessons into practice (with 2 minutes left in the conference championship game), he wasn’t able to successfully transfer his learning into practice. Instead, he saw the ball and he tried to catch the ball rather than block his opponent. He missed the ball, allowing the other team to gain possession. Brandon’s team lost the lead, and eventually the game.

Why am I mentioning this?

To illustrate an inherent flaw as to how we are protecting our children.

Singers practice their songs dozens, if not hundreds of times.

Football players practice over the course of many weeks and months.

(And if you ask them about it, their reply would be “I know”. Unfortunately, “I know” doesn”t always translate into “I did what I was supposed to do”)

They would make many more mistakes without the practice, yet their lessons and practices don't prevent them from making mistakes.

When it comes to child safety, parents believe that speaking to their child once or twice in TOTAL will enable their child to recognize dangerous people and give them the tools to say “no” at the appropriate time.

Sadly, it doesn’t work that way.

Child sexual abusers are skilled manipulators. They are very good at their craft.

It is wishful thinking to think that your child will remember the conversation from years ago and apply it when being groomed.

So what should parents do?

1. Parents should have sexual abuse prevention discussions at least once every two months with their child. Parents should make sure that there are open lines of communication and that the child feels comfortable sharing difficult and painful topics with the parent.

2. Using the football play as the example, it is easy to say that Brandon Bostick lost the game. But the reality is that the team should not have been in that situation in the first place. Likewise, as a community, we need to make sure (as best we can) that pedophiles and child abusers stay as far away from children as possible. We need to make sure we know who are the registered sex offenders in our area, and we need to make sure that they don’t have access to our children. Anyone who says that such offenders pose no risk because the children know how to handle the situation is either naive, misguided or just plain stupid.

Education is one aspect of child sex abuse prevention. It is an important and essential aspect, but it is by no means exclusive. Believing that education is sufficient is what caused the Green Bay Packers to miss a trip to the Super Bowl.

While it cost the Packers a trip to the big game, it is also costing millions of children a fate much worse than that.

Anyone who is putting the onus of protecting a child upon that child’s shoulders is causing them to carry a burden that most children cannot bear.

Posted by Yisroel Meir Picker at 8:52 AM