Do You See What I See?


“You see what you choose to see, because all perception is a choice. And when you cease to impose your meanings on what you see, your spiritual eyes will open, and you will see a world free of judgment and shining in its endless beauty.” 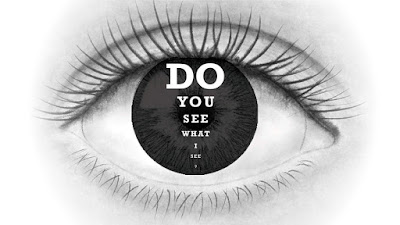 I try my hardest to avoid political topics in my talks and in my articles. I do so because of something that I refer to as “All-or-Nothing Syndrome”.


“All-or Nothing Syndrome” is a condition that many people have. It is the belief that if a person’s views or behaviors don’t align with yours, then that person must be wrong in other areas as well.


I hope to discuss this idea more in-depth in a future article.


In the past few month, there has been a tremendous debate in the United States about building a wall on the US-Mexican border. This debate became quite vocal this week after US Border Patrol made a record breaking drug bust. They discovered nearly 254 pounds (114 kilograms) of fentanyl (a synthetic drug) being smuggled inside secret compartment inside a load of Mexican produce heading into Arizona.


Something very interesting happened after this report. Each side of the argument felt that the report supported their position!


Those who are in favor of the wall are using this report to show that narcotics are coming in and need to be stopped. Proof that a wall needs to be built.


Those against the wall used this report to show that a wall wouldn’t have stopped this smuggling operation, as it was attempted through a port of entry. Proof that a wall is a waste.


Two sides see the same story and come to totally opposite conclusions.


The facts don’t change, just how they are perceived.


We all come from different backgrounds and different belief systems. These also affect how we perceive information. We also have our own personal agendas, whether or not we admit it.


These agendas blind us. This blindness can lead to making wrong choices for us and our families.


We are biased when it comes to ourselves.


We are biased when it comes to our family.


We are biased when it comes to our finances.


The bias is fine, but pretending that it doesn’t exist is not.


Follow Yisroel on LinkedIn here
Posted by Yisroel Meir Picker at 7:28 AM