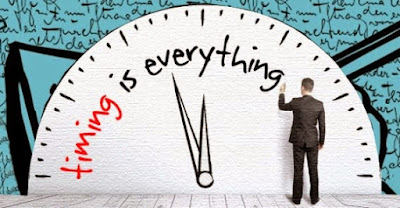 There is much to be said about the education that schools give our children. For generations people have been asking why certain subjects are taught while other lessons are ignored.


For those important lessons that kids need to learn, but aren’t being taught in school, parents have the following two choices:


Parents can teach them to their kids on their own, or they can abstain, insisting that it is the school’s job to teach such things.


One life lesson that children and adults need to learn is timing.


When is a good time? When is a bad time? How can one decipher?


My first introduction to this was my teacher in elementary school, Mr. Paul Schwartz. What made him extra special was the fact that in addition to teaching the syllabus, he also tried to teach lessons on life.


As per the rules of the school, students needed to get their parents to sign their graded tests. Whenever Mr. Schwartz would give the tests back, he would tell us the following: “For those of you guys who got a bad grade, you have 2 days to bring back the test signed. If your parents are in a bad mood or angry, don’t ask them to sign your test. Their anger might become directed at you. If they are in a good mood, that’s better, but that’s still not the best time, as you don’t really want to kill their good mood. The ideal time is if you can catch your parent in a joking mood. I’ll give you 2 days, just to ensure that you can try to catch them at the ideal time.”


That lesson was probably more important than the content that was covered in the test.


I see this time and time again.


Sadly I’m also guilty of it.


We tell our children “This is not the time!”, but do we give our children the tools for recognizing when the right time is?


Do we put time into our schedule so that they have a right time, or are we so busy that there is no “good time” for them to come to us?


There is another aspect of timing that is often ignored.


Timing is a two way street.


Just like you won’t remember things if communicated during a “bad time”, so too your children.


Perhaps the best way to teach your child about “good timing” is through modelling.


Follow Yisroel on LinkedIn here
Posted by Yisroel Meir Picker at 7:53 AM No comments: 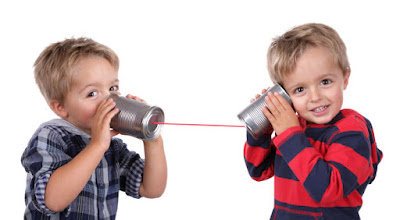 Posted by Yisroel Meir Picker at 7:33 AM No comments: