Failing to plan is planning to fail.
-Alan Lakein 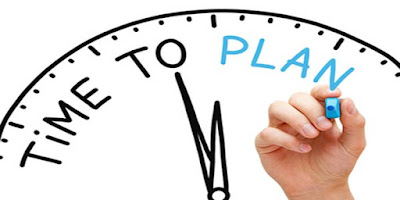 Very few pieces of advice are universal, the rest require the wisdom to figure out when the advice applies, when it doesn’t apply, and when it is detrimental.

When I was young, I received the following advice: “Don’t say that you can’t, always try”.

I do not believe that I was alone in receiving such advice. As with most advice I received as a child, I believed that it was universal.

In the summer of 1998 I saw firsthand how the advice has its time and place, and by no means is it a universal.

In June I went to Shea Stadium to watch my beloved Mets play the Baltimore Orioles. Prior to the first pitch a woman came out to sing the National Anthem. I am not very musical, but even I was able to tell that she started on too high of a note. When she got to a high note in the song, she cracked.

Rather than continue on, she shouted “That’s it, I can’t do this anymore!”, and she ran off of the field.

Anyone who knows New Yorkers knows what happened next. There was a huge chorus of boos from the 30,000 in attendance. Some of the loudest boos I’ve heard in a stadium.

That’s when I learned that this isn’t a universal rule. She tried and she couldn’t, but she really didn’t have an “escape”. Her name was on the scoreboard and she just left 30,000 people after telling them she was going to perform for them.

In retrospect, it would have been better had she never gone on the field, than having gone on and quit in the middle.

A person needs to develop foresight and learn how to use it. A person should know the answer to the following questions before deciding whether to go ahead and try:
● What can I do if I realize it isn’t working?
● Is there a possibility of backing out or am I stuck once I’ve decided to try?
● What’s the likelihood of my trying and making things worse?
● What’s the potential penalty were I to make things worse? (e.g. If I try to fix a small problem on your iPhone, what’s the likelihood that I might break it to the point that I’ll owe you a new iPhone?)

Parents need to assist their children with preplanning and discussing the possible issues along the way. This will allow their child to develop healthy decision making practices. For example, If your child is invited to a hike, sit with your child to make sure that they understand what it means to be on a hike, write down the reasons to go, the reasons not to go. Make sure your child understands that a hike means that there is no quitting in the middle. This will enable the child to make an informed decision. It will also show your child the advantage of making informed decisions versus impulsive decisions.

Here is a more recent example of how I suffered from someone who misapplied the rule:
Someone decided to try and be helpful and attempt to move my baby’s crib to a different room in my home. The issue was that in order to move the crib out of its current room, it needed to be disassembled first. This person started disassembling the crib, only to give up after taking apart two thirds of the crib.

Before they “helped” I had a fully functioning crib, albeit in an imperfect place.

Now I had a disassembled crib in the same place.

Sometimes trying is enough and sometimes it is better not to do anything versus to start and quit.

Help your child develop the skills to determine which applies when.


Posted by Yisroel Meir Picker at 7:35 AM