Logic: The art of thinking and reasoning in strict accordance with the limitations and incapacities of the human misunderstanding.
-Ambrose Bierce 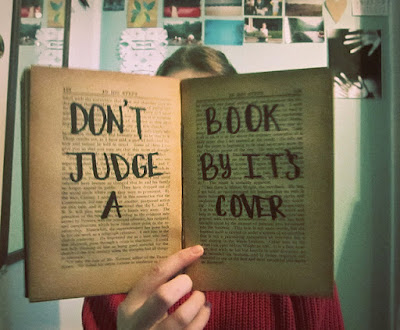 There is a common saying that good things come in small packages.

Sometimes the smallest of things will give huge lessons about people and about life.

I went to an online forum asking for advice about one specific issue, but I ended up walking away with a huge insight about communication.

Here is the story:

However, there was a major flaw to his method.

Neither my wife nor I are left-handed.

This became quite the hurdle, as he was mirroring our actions, yet it was better for him to do it with his more dominant hand, the hand that neither my wife nor I were using.

So I decided to post on an online group asking for advice on this matter.

I posted the aforementioned issue in the body of the post.

But then I made a mistake.

For the subject of the post, the part that people will see without seeing my post, the part with which they will judge whether or not to click, I wrote: Help, My Son is a Lefty!.

I received lots of replies, but many had nothing to do with my post.
Many commenters wrongfully criticized me for thinking that being a lefty meant that he was flawed.
Some decided to use the comments section to mention the famous people who were left-handed.
No more than 20% of the comments actually dealt with the issue.

People saw the subject and immediately formed an opinion without even taking a moment to read the content.

I was floored.
I was shocked.
I got educated as to how most people work.

Too often we see blurbs or quotes without understanding the context.
We rush to judge without even hearing one full side, let alone the second side.
In this world of INSTANT and NOW, we have sacrificed accuracy.

I often see the people who were in my situation use this a soapbox for preaching the need to be thorough and not rush to judgement.

Part of communicating is knowing the mistakes that people will be making. Don’t go for sensationalism (e.g. Help, My Son is a Lefty!) and then play the victim when the readers fall for the sensationalism.

Make sure you are accurate with your message from beginning to end.
Leave as little room as possible for misinterpretation.

This is especially necessary when speaking with your children. Better to be accurate the 1st time.

It is hard enough to get a child to open their ears once for their parent’s message. It will be even harder if it constantly takes 2 or 3 attempts before the child understands the message.


Posted by Yisroel Meir Picker at 8:15 AM