It's really important how you say things because people won't necessarily remember what words you used, but they'll remember how you made them feel.
-Brian McDermott 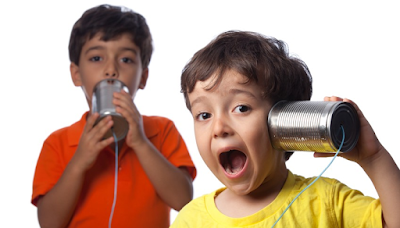 That was what the staff of a famous band told their band about an offer that they had received.

The band declined the offer.

The year was 1969 and the “pig farmer who wanted the band to play in his field” was the famous concert that would forever be known as “Woodstock”.

Sometimes it isn’t what we say but how we say it.

Advertisers and marketers spend millions of dollars and hundreds of hours trying to convince people to buy their products. A single word can be the difference between a huge financial success and the demise of a company.

My favorite marketing story is the story of diet beer.
No one calls it diet beer. Men are too manly to drink something called diet beer. A few companies tried it and it failed miserably. Then the Miller Brewing Company decided to give it a try.

For starters, they refused to call their product “Diet Beer”, instead they chose to call it “Lite Beer”. The difference in name, coupled with a brilliant advertising campaign, led to a huge financial windfall for the company.

You don’t need to be a marketer or advertiser to understand the importance of the right words.

Whether it be to children, spouses, co-workers or just friends, knowing how to properly deliver your message can be the difference between your message getting heard or discarded.

How to get your message across successfully is too general of a question. The way one should speak to first graders is different than the way one should speak with collegiates. One should not be speaking with their spouse the way they speak with their plumber. Different people require different communication techniques. A person needs to know their audience, learn how they listen and what gets them to respond.

That being said, try to stay away from coupling your message with insults. The common response that the listener will hear the insult while ignoring the message.
For example: telling your child “You fool, can't you make sure you close the freezer after you take out the ice cream?
In this case, the child will often hear that they are a “fool”, but completely miss the point about needing to close the freezer door.

Additionally, the listener will often put up a figurative wall between the themselves and the speaker, preventing the delivery of all future messages from this specific speaker. Afterall, the speaker is someone who insults them, the listener needs to protect themselves.

It pains me when someone says “It isn’t what you said, it’s how you said it”, because often it is used as a very weak excuse. Nevertheless, the statement itself can be a very accurate statement. When assuming the role of “speaker”, make every effort to ensure that you choose the right words and the correct way of presenting them.