"Preconceived notions are the locks on the door to wisdom."
-Mary Browne 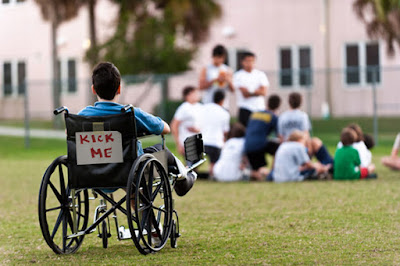 Even though it was over ten years ago, I still remember the introduction I used for one of my final papers. I was in an MSW program and the subject was Gerontology. My paper was on Substance Abuse and the Elderly.
My final paper started as follows:
The medics were called into the home of Mrs. Cooper, who is lying on the floor in obvious pain. She is incoherent and mumbling to herself. The medics look at this 87 year old fall victim and assume that she is suffering from dementia, little do they know of the now empty bottle of vodka in the other room.

The above scenario is a classic case where those in charge of making the assessment automatically assume that they know the cause. Who can blame them? This is an 87 year old woman who is incoherent. Who would really think that the issue is anything other than dementia?

But it isn’t always dementia. Sometimes the 87 year old woman is on the floor because she is drunk. Those who refuse to acknowledge that possibility and immediately diagnose dementia are guilty of laziness and malpractice. Their incorrect diagnosis can seriously harm their patient.

This same exact script happens in cases of bullying.

Don’t be the medics who are quick to say dementia when it is really vodka (or even a combination of the two).
Here is the story from my essay, redone in the case of the bully:
Caleb comes home with his report card, he is failing most of his classes. This is very different from Caleb’s previous report card. This isn’t a shock to his mother. Caleb’s dad left town a few weeks ago and life has been difficult for everyone left in the household. Caleb’s mom figures this is just part of the damage done when Caleb’s dad left. The teachers all assume the same. Little do they know that what’s really bothering Caleb isn’t that his dad is gone, but the bullying he now receives daily in school.

In order to treat a patient, the doctor first needs to know what the ailment is. If a doctor treats the wrong ailment, the patient won’t heal. So too with children, they often come presenting symptoms, it is up to the parents, teachers and mental health professionals to properly diagnose the cause of these symptoms.

I was once speaking with a mother, discussing the possibility of working with her son. The mother told me that her son was having trouble in school, she wanted to know if I could be of assistance. She told me that her son had the same teacher two years in a row, and that the teacher was not nice to her son. Over the course of our discussion, we had the following dialogue:
Mother: My son once shouted ‘I’ll never forgive my teacher for what he did to me’
Me: Did you ask him what he meant by that?
Mother: No. We know what he meant. The teacher wasn’t nice to him, He’s referring to that.
Me: [silence]

The child gave a wide opened door, yet the parents refused to enter.

If you are afraid, connect your child with someone who isn’t and who has the ability to help.

We all have our blind spots. It is easy to miss that the problem might not be what we think it might be.