"In school, you're taught a lesson and then given a test. In life, you're given a test that teaches you a lesson."
— Tom Bodett 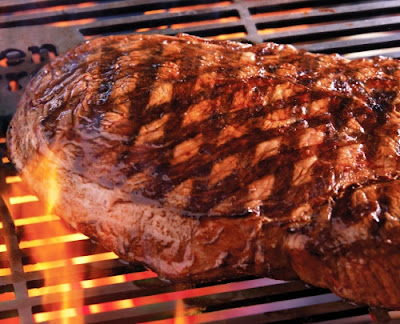 Often we spend the most times worried about the things outside of our control. We worry about the weather and how it will affect our plans. We worry about how our favorite sports team will do. Mostly, we worry about how other people will perceive us, and how they will react to the choices that we make.
I would like to share a personal story that just happened to me.
My wife and I decided to go out for dinner recently. The restaurant had three specials listed on their menu. I chose the first one listed, an Asado steak. When I placed the order, I noticed that the waiter wasn’t writing down my order. As my wife started placing her order, the waiter realized it was a good idea to write down our order.
Our first course was nice, then out came the main course. He puts a steak in front of me and tells me it is the Entrecote steak that I ordered. I told him that I didn’t order the Entrecote, I ordered the Asado. I pointed at the Asado on the menu. I asked if the side dish listed with the Asado can be changed. I even asked my wife, she confirmed, I ordered the Asado.
At this point, after all the waiting for the steaks, and with my wife having her food, I wasn’t really interested in waiting longer for my food. Additionally, I felt bad that they made this other steak for nobody, and they now had to make a new steak for me. So I offered to take what they prepared already for me, even though I didn’t order it.
There was just one small thing that I wanted to ensure before I took my first bite.
The Entrecote was about $20 more than the Asado, and I didn’t want to pay more than I intended.
So I asked the waiter to ask the manager to make the decision, whatever works for them will work for me. Would they rather give me the Entrecote at the price of the Asado, or would they rather not serve it and fire up an Asado? They gave me the Entrecote .
I started feeling badly. Perhaps they will misinterpret my offer of kindness as a me taking advantage of them? Maybe they think I purposely lied about my order in order to save $20. Then I reminded myself that I can only do my best. I have no control over how people will interpret my actions. Since I have no control over this I shouldn’t let it bother me.
As my wife and I were finishing dinner, she joked about this event becoming an article of mine. I soon realized that this wasn’t a joke. This event taught me a number of lessons.
First it reminded me about not being concerned about the things we cannot control. It also taught me how to try to resolve a problem. Some people in my position would have sent the steak back, others would have told the waiter that they would keep the steak, but they would be paying the cheaper price. I don’t believe that either of these resolutions are wise, as the patron is telling the restaurant the solution. In order for there to be a positive remedy, one needs to make sure that both sides are on board. In order to do that, one side should give the options, and the other side should choose which option serves them best. Having both sides involved in this decision making process lessons the anger between the sides and helps form a healthy, working relationship.
This also reminded me of my own rule which I forgot to apply this time. It is the rule that I always ask the waiter to read back the order, just to make sure we don't have a bigger problem later. When communicating, it is incumbent on both sides to ensure that they understand and that they are understood. Taking this extra moment in the beginning can easily save time and money later.
People often rush things in the early stages. Often this leads to problems, problems that take time to correct. Take the extra few moments in the beginning, it might feel like you are going slow, but it will save valuable time and resources in the long run. Life is a marathon, not a sprint. Always try to pace yourself and always try to take a long term view.
Yisroel Picker is a Social Worker who lives in Jerusalem. He has a private practice which specializes in working with people of all ages helping them understand their own thought processes, enabling them to improve their level of functioning, awareness, social skills and more. He also lectures on the topics of communication and child safety.
You can email Yisroel at yisroel@ympicker.com
Follow Yisroel on LinkedIn here